I have started tinkering with serverless dashboard and followed the steps mentioned to get it up and running. For a new service it works as expected but for an existing serverless app I am not able to set it up. Steps I have followed as in below screenshot. These steps works for a new service and for an existing app I am adding app and tenant keys in serverless.yml file and on deploying , it gives me an error that " Could not find an access key for tenant". Please help if anyone has already done this 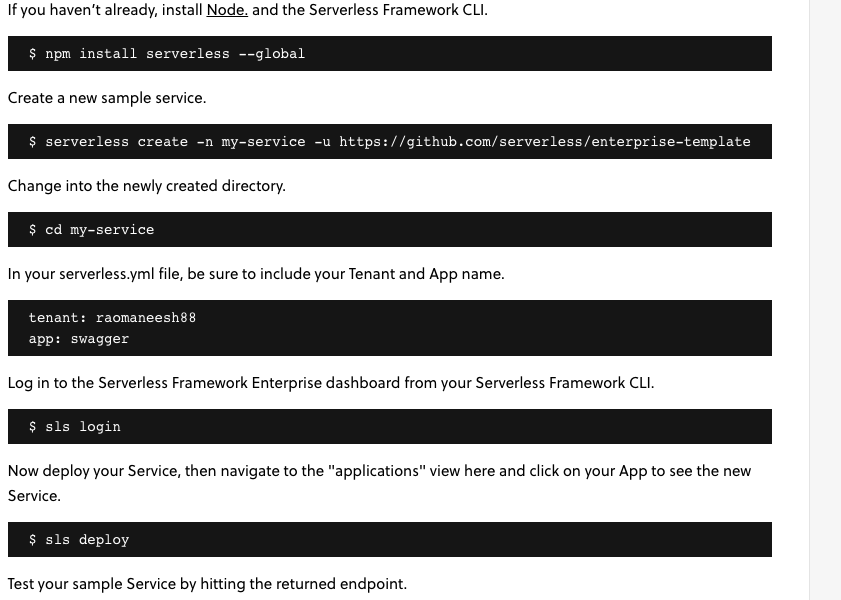 I got this working by creating a new service with same name as the existing one by using command
“serverless create -n myApp-api -u https://github.com/serverless/enterprise-template”, where myApp-api is the name of my existing service/app. I ran this command in a separate folder and once successfully executed, it creates a new service with same name as existing. Then updated the serverless.yml of existing app by adding two keys as mentioned below:

app: myApp-api-prod . // name of app created in serverless dashboard account under application//
tenant: name_of_tenant // name of user as mentioned in serverless account
After making above changes to existing service , Just doing “sls deploy” did the Job…!!