Is there any difference in using sls deploy from mac and linux? The command is working fine if I run it from my Mac terminal but not from a docker container. 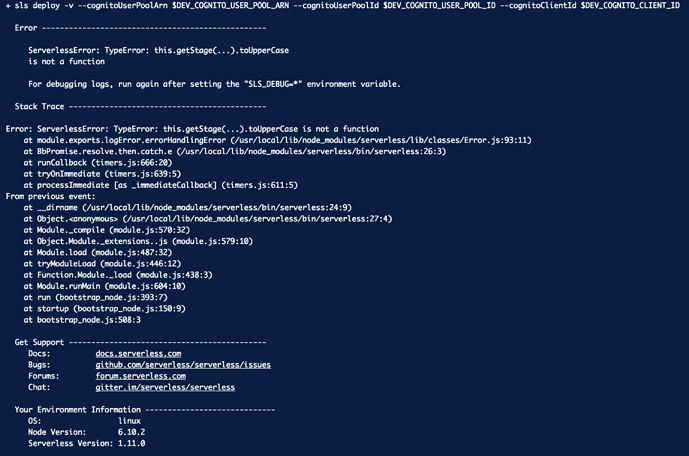 I’ve heard of people getting this error before, but haven’t worked out how to solve it.

If you add the SLS_DEBUG=* at the beginning of you command, do you get any interesting additional output?

the screenshot that I’ve shown above is after I added SLS_DEBUG=*. If I run the command in the format below, then it is fine.

It’s hard to see what’s changed between the working and non-working command because you’re using screenshots - is it just that you defined a stage value?

Yes, instead of storing stage and region in the serverless.yml file, I just passed them in through the CLI.