In my opinion the framework should feature an on premise server that simulate almost all the features offered by lambda and API Gateway.

Some companies have very important privacy need , therefore this should really be considered.

It’s the IBM FAAS compute service that can be hosted on prem.

Hey @DavidWells, thanks a lot for answering.

I heard of IBM solution, I can’t seriously consider IBM solution as they’re product are too often designed only for big companies and their community almost non-existent…

I think the Serverless community, (including myself), should work on a simplified Open Ssource implementation of the AWS Lambda + API Gateway to be able to deploy Serverless on premise as well on the cloud seamlessly.

I’m afraid that if something like this was simple, it would’ve been done already.

The reality is that setting up and maintaining the infrastructure that goes in to a service like Lambda (or any of the other public cloud providers) is hard, which is why it’s only been done successfully by dedicated IaaS companies, and not yet by OSS.

I’m sure we’ll get there eventually, but at the moment it’s a ways off. There are much bigger (lower-level) problems that need to be more completely solved before an application framework is the biggest issue.

Serverless - with it’s plugin-based architecture - will be able to run on such a stack relatively easily when it exists.

To precise my point here, replicating exactly the same architecture as AWS is impossible.

Yet doing a simplified, rough and stable replication of the Lambda + API Gateway is doable in a few weeks .

Sure FaaS is likely to be only done by Iaas companies, therefore a simplified and limited implementation of the technology should be achieved with a very common stack that most developpers are familliar with such as express.

It won’t have the same performance as AWS and it wont be perfect, but it will allow for seamless deployement , eventually after a few versions this tech will have improve.

Yet doing a simplified, rough and stable replication of the Lambda + API Gateway is doable in a few weeks .

To be honest i was thinking about maintaining the repo myself with help of people who wants to as i really really need serverless on premise .

But I came to the forum to see if other people are interrested in it and how we should organize ?

I should just start the repo and see how things goes .

Since you already started, what’s your tech stack?

As I said it will be express for the first version .

Lot of people know express , the framework is simple and straightforward.

The idea for this first version is just to get something that works with nodejs and python functions, later the tech should be improved with very high performance architecture.

@bbilger
I wouldn’t bother with openwhisk , it’s made by a big company for big companies.

@kuashe
Just a few things and my personal opinion:

Having said this, I don’t want to argue against your idea and I am curious to see some other OSS implementation or rather an alternative to openwhisk.

I believe serverless support for Azure Functions is not too far away, and you can deploy that on your own servers if you want to. Otherwise, closer to lambda, the new AWS Greengrass product might be suitable for you: https://aws.amazon.com/greengrass/

Basically that’s the idea i would like to have , a sort of blackbox that you just need to deploy and it does all the job for you.

Unfortunately, it’s made for IOT devices consumption . In the doc it’s designed for 3 Devices running the SDK , i don’t think it suited for company who wants to deploy serverless solution on premise for thousands of clients (Web / Mobile / Server ) as a true backend.

Have you seen lambci’s docker image of the lambda environment ? 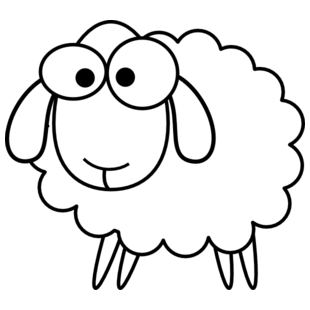 Needs and Http server but that’s the idea .

The problem it’s too packed with Kubernet , what if i need to use docker ?

Should be decoupled from kubernet.

Will still write my own , otherwise that’s what i needed i think, the performance seemed very good.

Hey there @kuashe,
I’m the author of Fission. We built it on Kubernetes because we it takes care of cluster management, scheduling, networking, and so on; we didn’t want to reinvent all that.
Kubernetes is pretty easy to get up and running these days, even on dev laptops; but if it doesn’t work for you for some reason, I’d be very interested to learn more about your use case.

Hey @soamvasani . Thanks for reaching out .

My problem is very simple :

Let’s say i create a serverless application , maybe for some enterprise i’ll need to host it on site.

What if the client uses Docker Swarm (or something else) ? I’ll need to be dealing with kubernet myself…

My point here is that , the framework that “Emulate” serverless functions , has to be indepent from the infrastructure (Docker ,Rckt, Kubernet etc…)

Also the framework needs to emulate as much as possible functions from the differents provider seamlessly (Google , Azure , AWS…)

Hi @soamvasani !
Do you know if Fission will be supported by Serverless? Have you guys been discussing this?
Looks like a promising solution